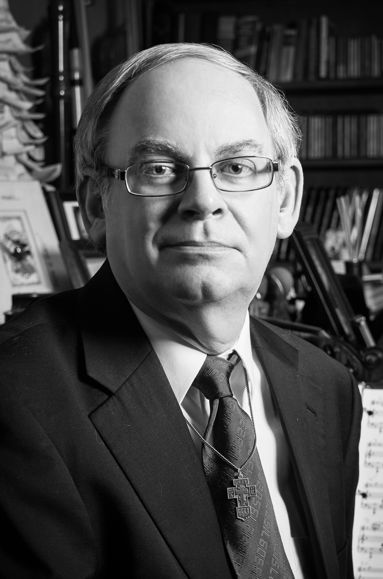 Born in 1953 in Anniston, Alabama, John Craton hails from an extended family of musicians, including both professionals and amateurs. His own career began on the violin at the age of ten, and he began studying piano at fourteen. He made his first feeble attempts at composing at age eleven. Craton demonstrated rapid advancement on both violin and piano and was playing in the Jacksonville State University String Orchestra while still in high school. He studied violin under the late concert violinist Robert Louis Barron and John Maltese; piano under Louis Culver and Ouida Susie Francis; and music theory and composition under Gerald Moore and Henry Fusner. He began accepting private students in 1971 and has taught both violin and piano in Alabama, Tennessee, and Indiana. He received his B.A. from Lipscomb University in Nashville, Tennessee; M.A. from Indiana University, Bloomington; and Au.D. from the Audiology Foundation of America.

Craton has played violin in the Jacksonville State University String Orchestra and String Trio, and piano with the JSU Woodwind Quintet. He also played violin, rebec, viola da gamba, and recorder with the Lipscomb University Early Music Consort and maintains an active interest in early music to this day. In 1973 he appeared in the Henry Fusner production of The Play of Daniel on rebec (a type of medieval violin). He briefly played second violin in the now-defunct Helen Fowler String Quartet of Indianapolis. Craton has appeared in numerous other recitals in Alabama, Tennessee, and Indiana, both as soloist and as accompanist. Due to a hand injury in 2002, he was forced to abandon any hope of further public performance. Since that time he has dedicated himself to teaching and composing. He currently operates a music studio in Bedford, Indiana, and also serves as music contributor to the Escuela Profesional de Canto Hansel y Gretel in Valladolid, Spain.

Craton’s music has been performed by such artists and ensembles as Sebastiaan de Grebber, Sinella Aghasi, Ljubomir Velickovic, Lester Turner, John Tabler, Ferdinand Binnendijk, Het CONSORT, Het Orkest van het Oosten, the Bloomington Symphony, and the Amsterdam Symphony Orchestra. His works include a number of compositions for chamber ensembles ranging from violin to marimba and piano; 8.1 operas (Inanna: An Opera of Ancient Sumer, based on ancient Sumerian texts; The Curious Affair of the Count of Monte Blotto, a comic chamber opera; Defiance, a one-minute operatic joke; Vasya Whitefeet and Tom Ojos Azules, two children’s operas; The Parliament of Fowls, a one-act chamber opera based on the poem by Geoffrey Chaucer; Saint Mary of Egypt, a chamber opera in six scenes; and The Reconciliation and The Fashionable Lady, both reconstructions of early American operas); more than a dozen ballets; orchestral works; concertos (including four mandolin concertos and a double concerto for two mandolins and orchestra, a concerto for tuba and orchestra, a flute concerto, and a setting of Mongolian folk songs for viola and orchestra); and vocal compositions including The Love Song of J. Alfred Prufrock for tenor and strings and several song cycles. A number of his works is currently available in print from Wolfhead Music.

Although Craton at one time became a clinical audiologist in his professional life, he has maintained a strong interest in music, composition, and music instruction from his earliest days. After his local audiology practice was purchased by an Indianapolis concern a number of years ago, he decided to return to his roots and resume composing and teaching.